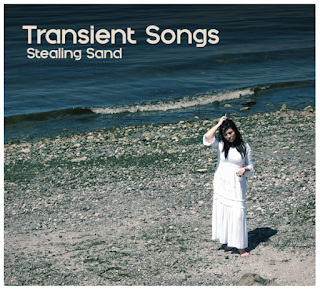 Seattle based bandTransient Songs are back. We reviewed their debut album "Cave Syndrome" way back when and made comparisons to a couple of Australia's finest 80's pop rock bands The Church and The Go-Betweens. The title track of the album starts with the lyrics "She rose up" and it's eerie just how much this tune sounds like Grant McLennan penned and sings this well-crafted pop ditty. "Shopping for Coffins" is a little touched by the psychedelic pop of The Church and this reviewer once again finds it difficult not to think of Steve Kilbey and Grant McLennan's Jack Frost project.

If you're scared of ghosts then avoid this album because the spirit of Mr GW Mclennan is everywhere on this release that it sends shivers down the spine. The press kit makes a comparison to the Afghan Whigs but it's hard to hear similarities other than strong melodic songs. I'd strongly recommended to fans of The Go-Betweens and The Church. If you were looking forward to another Grant McLennan solo outing this should suffice nicely so you can grab this album when it comes out on August 8, 2017.